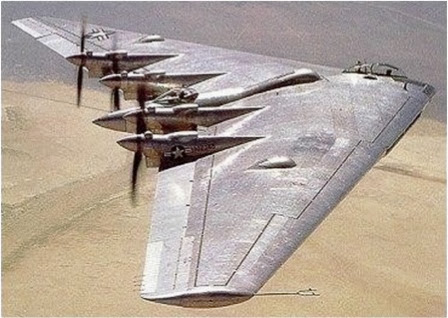 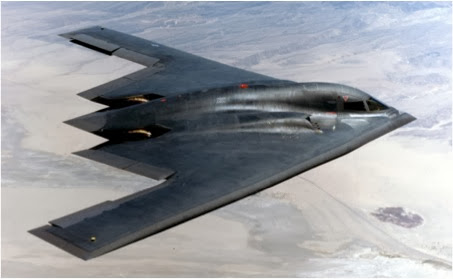 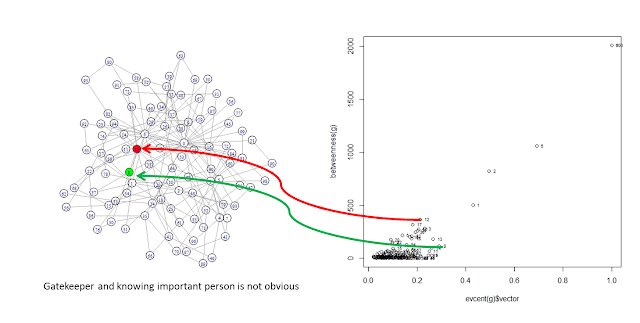 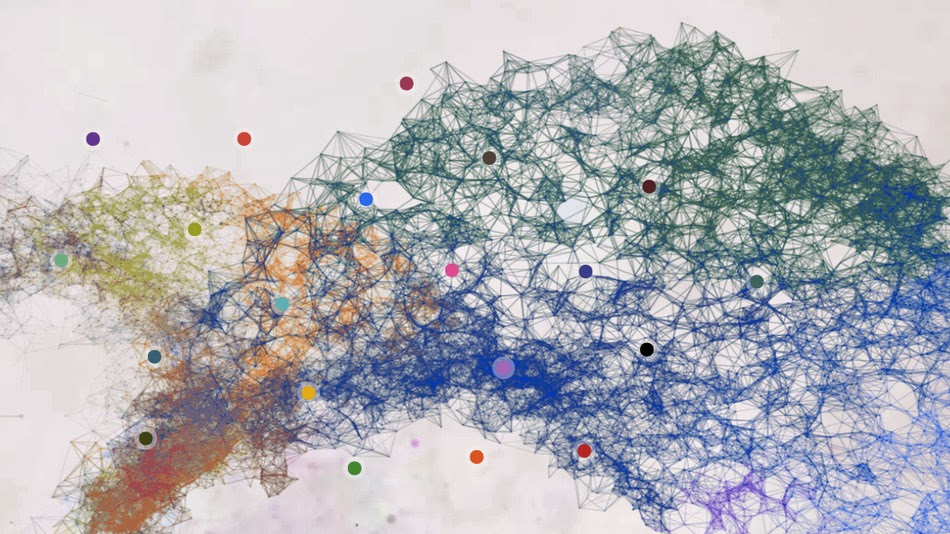 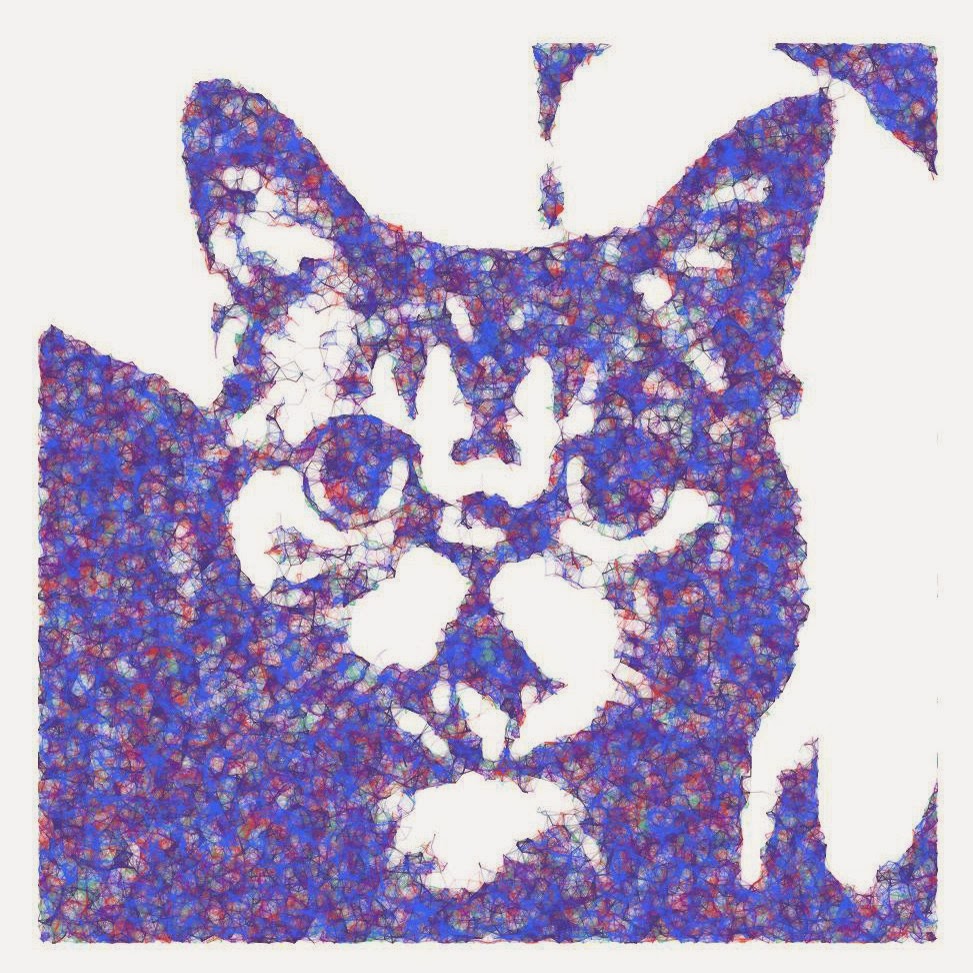 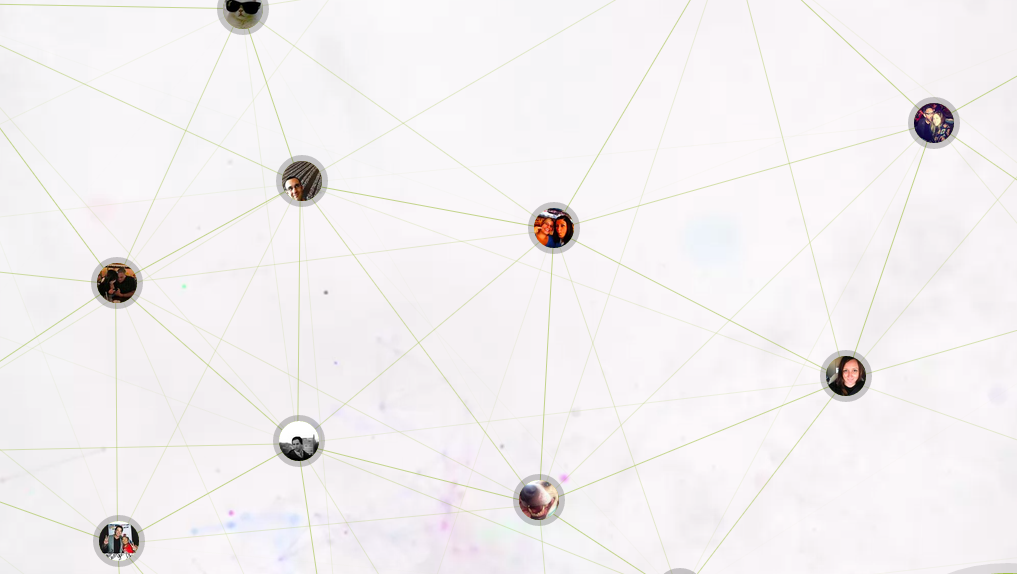 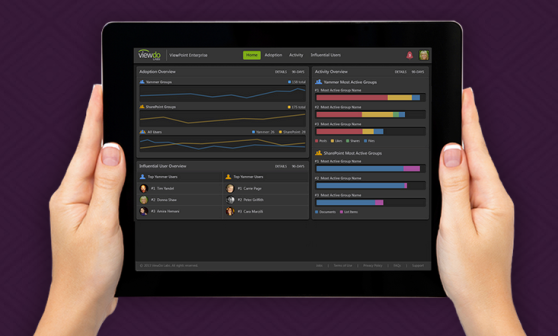 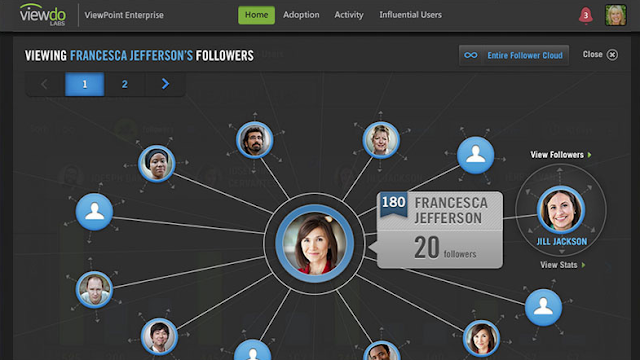 We examine the connection between language, gender, and social relationships, as manifested through communication patterns in social media. Building on an analysis of 78,000 Twitter messages exchanged between 1,753 gender–coded couples, we quantitatively study how the gender composition of conversing users influences the linguistic style apparent in the messages. Using Twitter data, we also model and control for the strength of ties between conversing users. Our findings show that, in line with existing theories, women use more intensifier adverbs, pronouns, and emoticons, especially when communicating with other women. Our results extend the understanding of gender–driven language use in the semi–public settings of social media services, and suggest implications for theory and insights for sociolinguistics.
Contents
1. Introduction
2. Theoretical background and hypotheses
3. Study: Gender and language in Twitter interactions
4. Discussion
5. Conclusion

1. Introduction
Popular social media platforms, like Facebook and Twitter, are home to significant amount of interpersonal interactions among their users. Many of these systems match the communication model of social awareness streams (SAS): one–to–many communication channels such as Twitter or Facebook’s “News Feed” (Naaman, et al., 2010). SAS expose various types of communication acts, such as sharing of information, creating new relationships, and managing existing ones. When analyzed in aggregate, SAS data can help us study human behavior in naturalistic settings and at scale.
Twitter, a widely used social network site, provides an exceptional opportunity to observe and analyze interpersonal communication patterns, in their intended social surroundings. In Twitter, there are number of communication conventions, such as replies, mentions, and re–tweets, which allow users of the platform to frame their messages with respect to their social connections. Replies, the communication convention we investigate in the current paper, facilitate directed conversations between individuals, where one user publicly “replies to” a message from another. The “reply” interactions on Twitter are acts of communication that (1) can be observed in their natural settings, not in an environment controlled for the purposes of research; and, (2) are semi–public in nature, bringing with them a potential “audience effect”, which may differentiate this communication convention from other computer–mediated communication (CMC) or non–mediated settings. In addition, data about users and their relationships, available from Twitter, offers the prospect of discovering connections between communication patterns, individual traits, and social relationships.
In this work, we look at how the gender of interacting users affects language use on Twitter. Gender is one construct that has been widely studied in relation to communication. A number of previous studies looked at the gender of the communicator as one of the main factors influencing content as well as the style of communication (Bronwlow, et al., 2003; Eckert, 1996; Labov, 1990; Lakoff, 1975; Mulac, et al., 1988). In this work, our goal is to further understand the relationship between gender and communication style, looking at exchanges between dyads of different gender compositions. While inspecting communication style, we build on the concept of linguistic style, the ways in which individuals use language. Linguistic style reveals attributes of the individuals, as well as their relationships with others (Pennebaker, et al., 2002). We look at 1,753 dyadic relationships between users of Twitter, and 78,000 directed semi–public Twitter replies exchanged between the users in these dyads. We address the following research question: “How does the gender composition of interacting dyads relate to linguistic styles in online conversations?”
When looking at language used in dyadic communications, it is beneficial to control for the strength of the connection between the interacting users. The intimacy and the intensity of the relationship between communicating parties have been shown to influence communication style (Bergs, 2006). The strength of ties between individuals can significantly influence the linguistic style of conversations that takes place between them. Thus, in this inquiry on understanding the relationship between gender and communication, we take tie strength into account.
Studying the association between gender, communication, and relationships can help us better understand communication theories, which currently are largely based on settings that are either non–mediated or tightly controlled. We use Twitter data to reveal how these theories apply to new communication environments within SAS, and at scale. Moreover, by examining gender and interpersonal interactions in their intended natural environments, we can better understand communication behavior in SAS settings.
1.1. Social interaction in Twitter
Twitter is a highly popular social media service, used for many purposes including personal communication, information sharing, business communication, and marketing. User activity in Twitter is primarily focused around “streams” of content. Twitter allows users to post short messages (tweets) up to 140 characters long. Users in Twitter are connected to others via asymmetric ”follow“ relationships (e.g., If Jeremy follows Devon, it does not imply that Devon is following Jeremy). A follow relationship on Twitter implicates that when a user logs into Twitter, she will be shown posts from those she follows, in reverse–chronological order. Unless users decide to make their accounts private, all messages in Twitter are publicly available to view. In this work, we report solely on publicly available data.
Twitter has a number of communication conventions such as mentions, replies, and re–tweets, allowing for different modes of interaction. For our study, we focus on the “reply” convention within Twitter. In Twitter, a user can send a reply message to another user, by initiating the message with an “@” immediately followed by the username of the correspondent. By default, reply messages are shown publicly on the sender’s Twitter profile page. Reply messages also are displayed in the timeline of all users following both the sender and the recipient of the message. For example, if Eddy follows both Jeremy and Devon, replies from Jeremy to Devon (or vice versa) will be displayed in Eddy’s timeline.

Discussion
Overall, our findings highlight key gender differences in linguistic style, even after controlling for tie strength between conversing users. Gender differences revealed in our analysis have mostly confirmed observations in traditional settings; women use higher levels of FPP, FPS, intensifiers, and emoticons in their speech, with levels escalating even more when they converse with other women, hinting at accommodation.
Linguistic style differences may be exhibited not only through shifts in levels of use, but also through how certain linguistic features are used. For instance, use of different kind of intensifiers (e.g., “totally” vs. “absolutely”) may signify different linguistic styles. Therefore, following our initial inquiry, we performed secondary analyses on token–level, to find words in each language category that are the best predictors of each gender composition. Since our language categories are based on dictionaries, where each category is defined by a set of words, e.g., intensifiers, we can measure how the use of individual words from each category differs between dyads of different gender compositions. To this end, we used the tweet sample to perform an analysis of word use for each category.
For our token–level analysis, we looked at the degree of “predictiveness” of each word in each category with regard to the gender composition of a message. Specifically, each word in the vocabulary that was used by a number of users above a predefined threshold (100 in our analysis) was scored with regard to each gender composition according to the following function: pred(t,c)=f(t|c)/f(t), where f(t|c) is the fraction of tweets with the gender composition c that contain the token t, and f(t)is the fraction of tweets containing the token t in our dataset as a whole. We can then examine the high–scoring tokens for each gender composition, i.e., words which are much more likely to occur in that gender composition compared to others.
Next, we report insights we gained from the results in each category, along with further findings in token–level, to inform future hypotheses and directions of research.
4.1. Presupposed familiarity and talking about “us”
In our models, the number of common neighbors partially explained FPP and FPS use (i.e., the more people a dyad knows in common, the more likely they are to use the word “we”, and the less likely to use “me”). But even after accounting for the effect of the number of common neighbors, the use of personal pronouns was found to be associated with gender composition; with female–to–female exchanges much more likely to contain both FPS (“I”) and FPP (“we”) words, supporting hypothesis H1band providing partial support to H1a.
We performed token–level analysis on FPS and FPP use across gender compositions. Terms that stand out in their predictive power for each gender composition can be seen at Table 1. For example, the table indicates that F»F tweets use the FPS “my” in their tweets 18 percent more frequently than it is used in the dataset as a whole, whereas tweets containing “mine” are 25 percent more frequent among M»F messages than they are overall. Token–level analysis for FPP use showed that the FPP “we” can be a significant marker for distinguishing replies by females (F»M and F»F messages; see Table 1).

5. Conclusion
The Internet (and social media) has often been lauded as a liberative space in which individuals can express themselves in any way they choose. However, our findings show that large majorities of people continue to engage in familiar patterns — namely, gendered communication. We show that gender communication on directed semi–public responses on Twitter confirms known language and expression tendencies, and largely follows what is known from other settings. Our results are reminiscent of Nakamura’s findings (2002) about race online, particularly that structured issues that affect our non–digital lives follow our digital lives as well. However, we are cautious not to reduce the findings of this study to a simple conclusion of “Men talk like this, and women talk like that.” It is possibly the case that the majority presence of gender normative users in Twitter is drowning out others. As such, particularly in an era of machine learning, classifiers, and big data, we believe that future research should focus on ways of detecting more subtle variations of gender performance.
Our study exhibits a number of key limitations. Focusing our research on Twitter, we acknowledge that there is a significant bias in terms of the people using this service, and further, participating in publicly directed correspondence in it. Indeed, there is opportunity to extend and further verify our results. Are there additional variables that can explain language variation? A survey method, or further coding of profiles or relationships for additional characteristics (e.g., geographic location) can help refine sociolinguistic elements that are in play.
Social media services can be an exciting laboratory for studying human language, where language and its variation can be studied in an environment where it naturally occurs. Social media thus provides a significant opportunity for research, to extend and develop an understanding of language use in social and cultural groups, and relate language style and variation to other forms of social processes like relationship formation, status, emotional well–being, and more.

Acknowledgements
All authors were affiliated with Rutgers University at the time of the research.