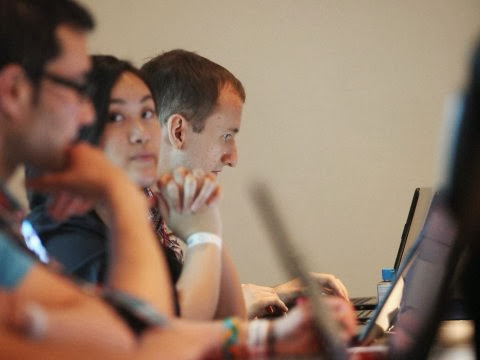 Theoretically, online dating is a place for people to expand their horizons, meet people outside their ordinary social circle. But people remain far from open-minded.

When searching for a partner, people largely stick to their own race. When responding, people tend to prefer people of similar races, and discriminate against others, according to a new study highlighted by Sander Wagner.
The study, from Ken-Hou Lin of The University of Texas and Jennifer Lundquist of U. Mass Amherst, published in The American Journal of Sociology, finds that significant racial preferences exist regardless of education status.
White men and women with a college degree, for example, are more likely to respond to white daters without a college degree than to black daters who have a degree.
The study looked at a large dataset from one of the most popular dating sites (which goes unidentified) of more than 9 million users who sent more than 200 million messages from November 2003 to 2010.
Here's the likelihood someone will send an initial message to a person of their own and other races, regardless of other factors like socioeconomic status and body type. A darker panel reflects a higher likelihood of contact: Lin and Lundquist
"The main story here is the experience of black women," the authors write. "who receive the lion’s share of their messages from black men, a tiny amount from Latino men, and practically no messages from either Asian or white men. Asian and white women, on the other hand, consistently receive messages from all men, both inside and outside their ethnic group."
And here are the odds that people will respond to an initial message depending on race: Lin and Lundquist
The authors explain the big differences in response behavior with a racial hierarchy model, arguing that daters tend to respond to people of a similar or more "dominant" racial status, while rejecting more marginalized groups.
One of the most fascinating findings is that for white daters, education status plays essentially no role in changing racial preference, as the below chart of the likelihood of response shows: Lin and Lundquist
In addition to emphasizing the degree to which race affects how we partner up online, as it still does, though increasingly less, throughout America, it also adds some interesting new wisdom. For example, racial boundaries tend to be more important when people search, and less important when people respond.
Additionally, people often assume the relative prevalence of white male/Asian woman couples come from white men's apparent preference for stereotypically submissive women. It turns out they show no such preference, and that it's Asian women who tend to be relatively more receptive to white men.
Still, if the aim is to have a more inclusive, less divided society. We still have a long way to go.
"When attracted to other groups," the authors write, "only some daters are welcomed to cross the borders. In this sense, racial boundaries function similarly to one-way turnstile gates. While non-black daters, particularly white men, are well received when they contact daters of other groups, black daters, particularly black women, are largely confined to a segregated dating market."