A group of University of Pennsylvania researchers who analyzed Facebook status updates of 75,000 volunteers have found an entirely different way to analyze human personality, according to a new study published in PLOS One.

The volunteers completed a common personality questionnaire through a Facebook application and made their Facebook status updates available so that researchers could find linguistic patterns in their posts.

Drawing from more than 700 million words, phrases, and topics, the researchers built computer models that predicted the individuals’ age, gender, and their responses on the personality questionnaires with surprising accuracy.

The “open-vocabulary approach” of analyzing all words was shown to be equally predictive (and in some cases moreso) than traditional methods used by psychologists, such as self-reported surveys and questionnaires, that use a predetermined set of words to analyze.

The Penn researchers also created word clouds that “provide an unprecedented window into the psychological world of people with a given trait,” graduate student Johannes Eichstaedt, who worked on the project, said in a press release. “Many things seem obvious after the fact and each item makes sense, but would you have thought of them all, or even most of them?”

Here are some personality traits (key at bottom): 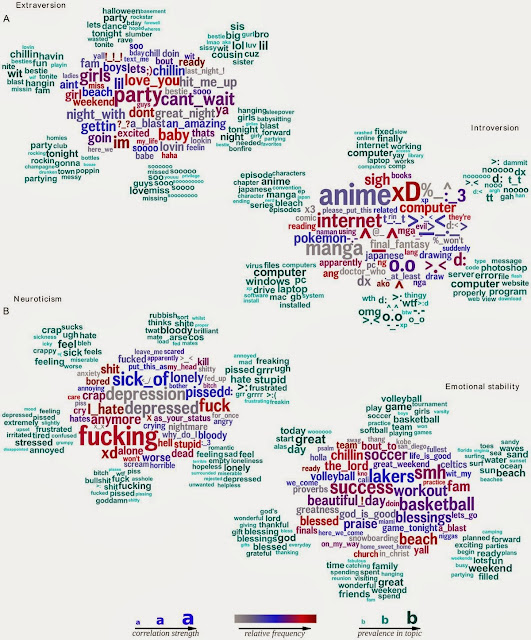 The word clouds allowed the researchers to generate new insights into relationships between traits and language used.

For example, participants with the most emotional stability refer to sports much more.

Researcher Lyle Ungar said this suggests “we should explore the possibility that neurotic individuals would become more emotionally stable if they played more sports.”

In this way the results provide new ways of researching connections between traits, behaviors, and the effectiveness of psychological interventions.

Here's the breakdown by age: 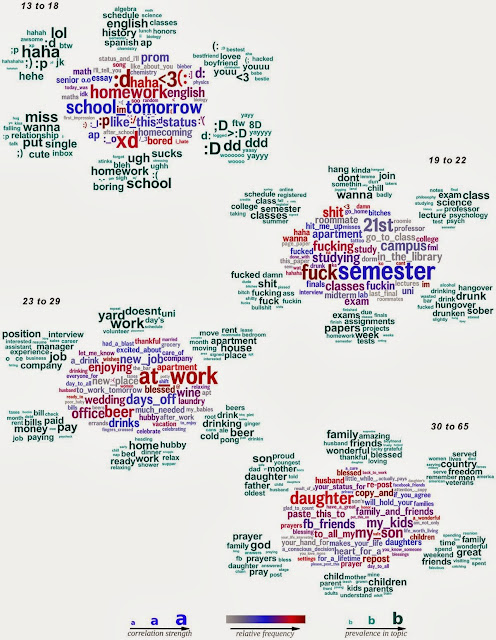 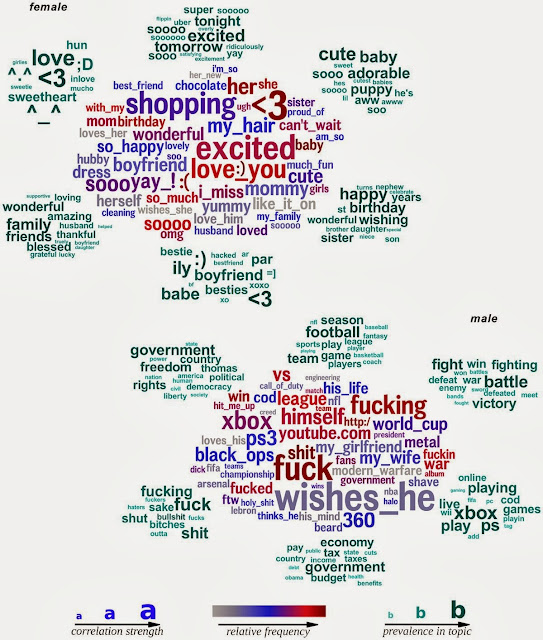 The biggest boon of the study may be that instead of asking millions of people to fill out surveys, future studies could involve volunteers submitting their Facebook or Twitter feeds for anonymized study.

“Researchers have studied these personality traits for many decades theoretically,” Eichstaedt said, “but now they have a simple window into how they shape modern lives in the age of Facebook.”

The study is part of the World Well-Being Project, which has found several ways to “analyze the big data available through online social media in light of psychological theory.”