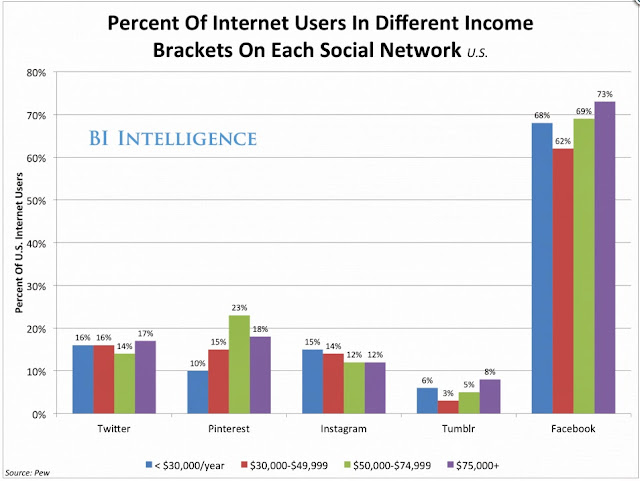 Each social media platform has cultivated a unique identity thanks to the demographics of the people who participate in the network. Some platforms are preferred by young adults, who are most active in the evening, others by high-income professionals, who are posting throughout the workday.

We explained in a recent report why many brands and businesses need platform-focused social media strategies, rather than a diluted strategy that aims to be everywhere at once.
In a new report from BI Intelligence, we break down the demographics of each major social media platform to help brands and businesses decide which networks they should prioritize. Being able to identify the demographics of social media audiences at a granular level is the basis for all targeted marketing and messaging. The report also spotlights the opportunities that lie ahead for each social network, how demographics affect usage patterns, and why some platforms are better for brands than others.
Access the Full Report By Signing Up For A Free Trial Today > >
Here are some of our surprising findings: